RION EVANS Comedy Night bringing you the best in local and regional comedians.  Come get your laugh on before the holidays hit!

Wes Williams is a Colorado comic from Pennsylvania. He performed regularly at Comedy Zones on the east coast and has opened for comedians such as Hannibal Buress, Joe DeRosa, and Rich Vos. Wes is one half of the sketch duo Meatloaf and the Milkman. He hosts this show quarterly at Denver's Dangerous Theater.

Born and raised in Pittsburgh, Gretchen Hess developed a sense of humor just to survive the verbal sparring of blue collar workers.  She has a unique style of riffing and engaging the audience and you don’t know what she will say next (neither does she).  She has been touring professionally throughout the country for years.  She started as an Executive Producer/Host of her own morning show broadcast nationwide for Resort Sports Network.  This landed other morning show host positions throughout the USA.  Her quick wit and unique writing style attracted national sponsorship and prime time airing on ESPN2.  At 6’0” this tall comic views life and humor from a different perspective.

Alan Bromwell is a stand-up comedian and writer from Denver, Colorado. He recently won the inaugural season of the upcoming television series Stand Up! which is set to air in late 2020. He was also a performer on Comedy Central’s Up Next Showcase. He can be heard on Denver’s Comedy 103.1 FM, where he has been featured as Comic of the Week. He was a headlining performer at the 2020 Pensacola Comedy Festival and the 2018 Winnipeg Comedy Festival. He is a paid regular at the Comedy Works, and has worked with and many big names in comedy, including Jim Norton, Joey Diaz, Ron White, and Dave Chappelle. He’s also cohost of the Chapel Perilous Podcast. 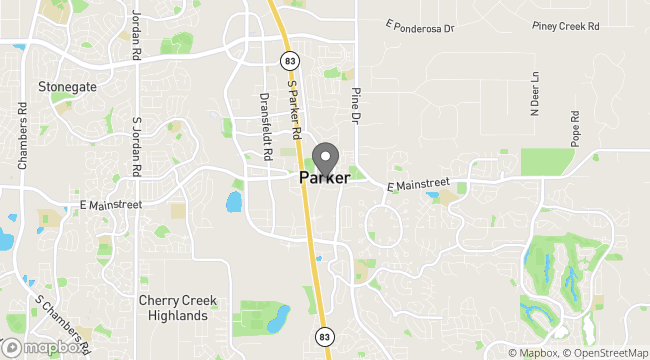 Opened in 2016, the Studio@Mainstreet was a local service garage now converted into a live music & comedy venue. With seating capacity up to 99, the Studio@Mainstreet features a cool, retro vibe in the heart of downtown Parker with ample private parking, outdoor patio access, and full bar service. Featuring a regular schedule of local and regional music, comedy, and theater acts!